WRENTHAM — Town Administrator Kevin Sweet and Interim Fire Chief Robert Hollingshead are pleased to announce that the Wrentham Fire Department has promoted two of its members.

Antonio Marino was promoted to Deputy Chief, effective June 18, while Joseph Padykula assumed his new role as a Captain on July 1. They will both be officially sworn in at the Board of Selectmen’s meeting on Tuesday, July 10.

Prior to joining the Wrentham Fire Department full time, Deputy Chief Marino served as a firefighter in the United States Navy from 1987-1991 following his graduation from King Philip Regional Vocational Technical School. He also holds a bachelor’s degree in fire administration from Salem State and an associate’s degree in fire science from Quinsigamond Community College.

“Both Deputy Marino and Capt. Padykula have displayed a lifelong commitment to the fire service,” Chief Hollingshead said. “They’re both deserving of their respective promotions, and I am confident that they will both continue to be valuable assets for our department and the Wrentham community.”

“Capt. Padykula and Deputy Marino each have impressive credentials that are reflective of their extensive experience in both firefighting and emergency medicine,” Town Administrator Sweet said. “I’m grateful for their committed service to the town of Wrentham, and am looking forward to their future success in their new positions.” 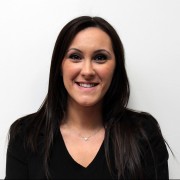 Chelsea Belliveau is a former JGPR employee who served as Digital Services Manager. She worked for the company from Jan. 2015 to Aug. 2018.

WrenthamCOVID19.com has been commissioned by the Town of Wrentham to ensure residents have the latest information, news and resources as it pertains to the COVID-19 (coronavirus) pandemic.

On this page, residents can find news and updates about what’s happening in Wrentham and how town government is working to make life better in town, every day.

The Town of Wrentham is a thriving, active community and home to more than 11,500 residents.  We are blessed with a vast and diverse set of businesses, including Lake Pearl Wrentham and New England’s largest outdoor outlet shopping center the Wrentham Village Premium Outlets, featuring over 170 brand name stores in one location.

Wrentham is a quintessential New England town.  It is strategically located among and nearly equal distant to Boston, Providence, and Worcester.  It has a classic New England governance structure led by a five-member board of selectmen and an open town meeting acting as the legislative body.  The Town Administrator is a strong manager; responsible for overseeing all administrative functions of the town and managing the day-to-day activities of the organization.